The sports story on everyone’s lips this week has been Naomi Osaka pulling out of the French Open after refusing to attend a press conference, citing her mental health as the reason.

Naturally, the first thing the French Open did was fine her $15,000 and threaten to expel her from future tournaments.

This sparks a wider discussion around mental health and the total lack of seriousness that many organisations approach the topic with. Much talk has happened around us being allowed to take ‘mental health days‘ off of work, yet for many of us that’s all it is: talk.

Osaka’s decision not to attend the press conference comes following bouts of depression since 2018. She’s also on record as saying that speaking to the media causes her to experience “huge waves of anxiety.”

Her refusal to speak to the media was branded a “phenomenal mistake” by the French Tennis Federation President. Unsurprisingly media firebrand Piers Morgan also chimed in, calling Osaka “narcissistic” and an “arrogant spoiled brat whose fame and fortune appears to have inflated her ego to gigantic proportions,” claiming she is “weaponising mental health to justify her boycott.”

When stories blow up on this scale it’s natural that people on both sides of the argument will add their two cents. But in essence this should be a non story. Osaka is putting her mental health first rather than keeping a “stiff upper lip,” as we like to say on these shores. The thing is, we don’t pretend to have mental health problems. We pretend that we’re OK.

And that absolutely has to stop.

The UK’s Centre for Mental Health released a statement highlighting how “responses to Naomi Osaka show deep-seated prejudices about mental health still need to be rooted out.” We totally agree.

May was a big month in the ‘social calendar’ for mental health – with the UK observing #MentalHealthAwarenessWeek and the US focusing on mental health for the whole month of May. Just days later after thousands of hours of discussion around its importance, Osaka is punished for putting her wellbeing first.

Influential figures have supported Osaka – most notably Serena Williams, Will Smith & Louis Hamilton – but the question still remains: why is the stigma around prioritising our mental health still so present?

MIND stats show that 81% of people who work in schools, the NHS or the police said they always, or usually, go into work when they should take time off for their mental health. 81%! That figure screams that we’re still so far away from the point where we feel empowered enough to take time off work when we’re struggling mentally.

Ultimately, no amount of money should be worth sacrificing the way you feel. This goes for pro tennis players and ‘normal’ people alike. Acts of courage by people like Naomi amount to another brick being kicked out of the wall of stigma that’s been preventing us, globally, from acknowledging that our mental health needs just as much protection as our physical.

Michael Phelps said that this could be a “game changer” for the discussion around mental health. But how many times have we heard that before? We need to stop talking a big game and start playing one. Discussion is crucial, but without action nothing will change.

No Such Thing As Overnight Success 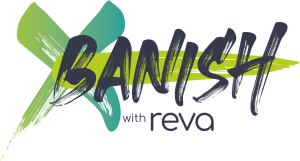